Home Things to know Anise and stomach health: how are they related? 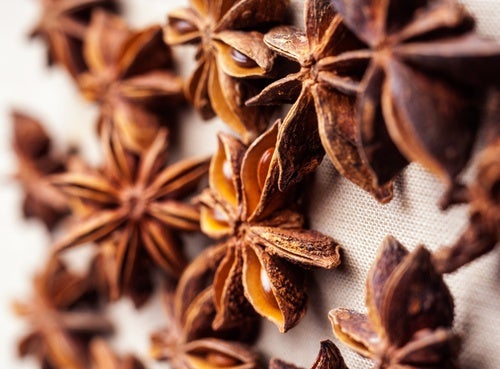 Did you know that, in addition to helping us fight stress and calm our nerves, anise infusion can help improve our digestion? For this, we will take it before meals

Anise is an ancient plant used by different civilizations and cultures. Among them, we can highlight the Egyptians, Hindus, Chinese, Romans and Greeks. At present, it is one of the most popular plants used in the treatment of different disorders. This is mainly due to the fact that it provides a large number of health benefits. Do you want to know the properties of this unique plant? Next, we show them to you.

There are two different types:

Usually only its oil and seeds are used. The main medicinal benefits are obtained from its leaves and roots, among which are:

The relationship of anise with the digestive system

Being a sedative, antispasmodic and natural carminative, it is used regularly to combat various digestive problems. The fruits of this plant are prepared in infusions, having to take them before each meal. Thanks to this we will eliminate gas, discomfort and pain in the intestinal system.

This sedative property can also be used to combat heartburn. It will also be of great help against gastritis and various stomach problems resulting from nervous disorders. It helps digestion more quickly and can decrease general abdominal pain.

As if this were not enough, this peculiar plant contributes to a healthy balance of appetite. It increases it in those people who have a lack of it. All this is pointed out in this scientific study published in ISRN pharmaceutics  on the chemical and pharmacological properties of anise.

The benefits in our nervous system

The sedative property of this plant also helps calm nerves, stress and neurasthenia, although there is no scientific evidence on this. The latter is a neurotic disorder that is detected by feeling inexplicable tiredness after performing some mental or physical activity. In this case, the best thing would be to prepare an infusion based on anise seeds.

Treatments for conditions in the respiratory system

People who suffer from cough, bronchitis, asthma or flu, can improve thanks to its consumption. For what reason? Because this plant has anti-inflammatory and expectorant properties, allowing the bronchial tubes to be freed of undesirable fluids. To obtain these benefits, prepare infusions with the dried seeds. Take it two to three times a day for best results.

As we said at the beginning, anise can help balance menstruation. It could be a great ally for those women who suffer from a disorder. All this is evidenced in article mentioned above on the properties of anise.

In addition, it is said to increase libido, thus enhancing the sexual desire of those who suffer from it, although there is no scientific evidence in this regard, but it is because it is considered an aphrodisiac.

As you can see, this well-known plant has truly fabulous properties for our health. Remember to always have it on hand to benefit from it!

How is greater hypertrophy achieved?

Why Does Your Brain Overthink Things?