Home Things to know Circadian rhythms: how do they influence our health? 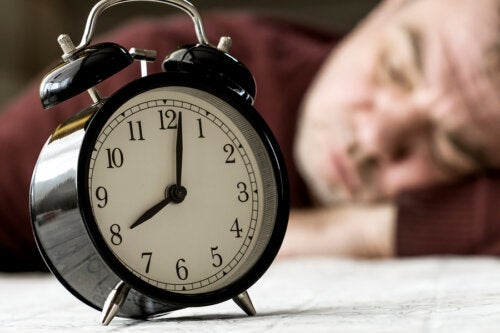 Altered circadian rhythms is a risk factor for several diseases. Although many ignore it, these regulate decisive processes for health. In this space we detail more about it.

Circadian rhythms can be compared to an internal clock that all living things have. The human being is part of that global ecosystem and that is why people also synchronize with the environment.

This synchronization is achieved thanks to circadian rhythms. These mark the beginning and end of various physiological processes that take place in daily cycles and that respond, in particular, to two variables: light and dark.

Animals, plants and even the tiniest of microbes have this internal clock, which allows them to synchronize their activity with the rotational movement of the earth. Its processes make up a biological periodicity of 24 hours, and the study of these phenomena is known as chronobiology.

The name circadian rhythms were coined by Franz Halbert, who introduced this term in 1950. However, the subject had been studied since the mid-19th century. Some of the scientists who developed this concept in depth were Jeffrey C. Hall, Michel Rosbald and Michel Young, in 1980.

How do circadian rhythms work?

The circadian system is made up of a visual component, represented by photoreceptors.  These generate a signal called “circadian”, which reaches the effector systems; These are a network that secretes certain substances when it receives a specific stimulus.

The signal or information reaches the brain; there it is processed through an area called the suprachiasmatic nucleus. Once this happens, orders are issued to the rest of the body to carry out the corresponding synchronization.

Depending on your circadian rhythms, you feel hungrier at certain times of the day or feel sleepier. The timing of that internal clock is what determines how much energy is needed at each moment of the day. Thanks to this, metabolism processes can be regulated.

The influence of circadian rhythms is not direct. However, alterations in this cycle make organisms more prone to certain diseases. Its relationship with metabolism is key when it comes to preventing or promoting the appearance of certain pathologies, such as diabetes and obesity.

Circadian rhythms influence, and to a large extent determine, sleep-wake cycles, hormonal cycles, eating habits, body temperature, and even healing processes. Therefore, its imbalance could favor the appearance of diseases linked to these activities.

The irregularity in these rhythms is related to sleep disorders. This, in turn, is a factor that has the potential to give rise to other physical pathologies. They are also linked to mental conditions such as depression, bipolar disorder, and affective disorders.

Michell Young points out that even circadian rhythms influence the effectiveness of drugs or treatments such as chemotherapy. These are most effective at certain times of the day. In fact, side effects can be minor if certain drugs are given at optimal times.

Factors that produce alterations in these cycles.

Circadian rhythms can be disrupted and unbalanced for a number of reasons. At present, it is believed that certain factors associated with modern life negatively influence them. For example, the excessive use of artificial lights, work in night shifts or with little natural light, the habit of eating at any hour and little sleep.

The phenomenon known as jet lag, which occurs when changing time zones abruptly, could also favor this alteration. Other causes that contribute to altering circadian rhythms are:

These cycles are a means of harmonization with the environment in which one lives. Keeping them in balance is essential to preserve good health. This task can be achieved by leading a healthy lifestyle and, above all, respecting the natural hours of sleep and feeding.

How does stress affect the heart?

What does your skin say about your health?