Home Things to know Face map: What secret hides about your health? 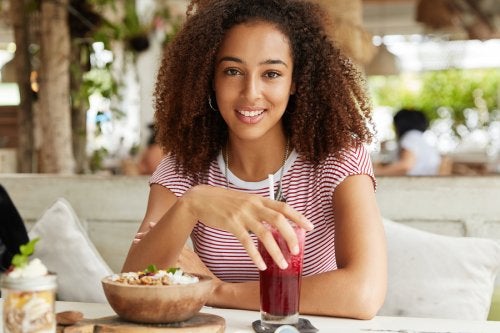 Pay attention to your appearance and discover what your body is telling you about your health.

Within traditional Chinese medicine is the famous facial map, which is a kind of guide that helps us determine the state of health based on the face. Originally, the facial map was focused on the observation of wrinkles; however, today the concept has been expanded and, therefore, some maps take into account other aspects, such as the presence of acne.

In Ancient Greek times, many thinkers considered appearance to be a reflection of spirit.  It was also very common to associate certain physical traits with a specific personality type. For example, they used to think that broad, prominent noses were a lazy character trait.

Today, it is well known that first impressions say a lot about us. Everything communicates. From the color of the eyes to the type of skin, passing through the clothing. Everything reveals part of the personality, the emotional life, and even the type of diet.

The clues provided by your facial map

Taking into account the aspects that most often arouse interest in facial maps, below we will explain in greater detail what your face says about your health.

Face skin is one of the aspects most taken into account in facial maps. It reflects the type of diet that is eaten and if it is appropriate for health.

When your facial skin has a lot of acne, it could be a sign that you are eating a diet rich in fats, sugars, and processed foods, or that you are not receiving adequate hydration.

However, this study by Dr. Le Moigne states that the development of acne, although it may be influenced by the type of diet, can also occur due to other factors.

On the other hand, when the skin appears withered and prematurely aged, it can be a sign that proper lifestyle habits are not being maintained.

When a person is too demanding with himself or with others, that tension tends to show clearly on his face; especially in the jaw area. Some of the problems associated with this excess stiffness are migraine and bruxism.

Although not all facial maps take this aspect into account, the truth is that it is interesting to know the connections established between eye color, personality type, and health status. It should be noted that it is based exclusively on the three most common colors in the population.

Some face maps also take into account the pupils; in these, it is indicated that those who have very dilated pupils are often subjected to chronic stress or excessive anxiety. It is also believed (although there is no scientific evidence) that it may be an indication of intestinal parasites.

Even though many people only have dark circles when they rest badly, those who present them every day could be suffering from a major health problem. Depending on the tonality of the dark circles, the following could be intuited.

Premature and excessively marked crow’s feet would indicate that the person tends to get carried away by negative emotions. Such emotions would affect the liver, so it is important to correct eating habits and go to a specialist for a detailed review.

7. Bags under the eyes

Bags under the eyes often give an air of sadness and exhaustion, and could indicate that the digestive and excretory organs are congested; in other words, the body is not expelling toxic substances correctly.

If the bags under the eyes contain fat, we should have a check-up to rule out possible inflamed organs or the presence of a cyst.

8. The tip of the nose reddened

The Chinese face map also indicates that when the tip of the nose is red, the heart is working excessively, so it would be wise to consult with a cardiologist. Especially if you have a family history of heart problems.

Doubts? Better consultation with the doctor

Even though the face map can help you intuit how your health is, you should not dismiss or delay the visit to the doctor in case you have any concerns.

When You Need a Dental Appliance to Smile Again

How to identify if you have foot fungus

Circadian rhythms: how do they influence our health?