Home Things to know How does the endocrine system work? 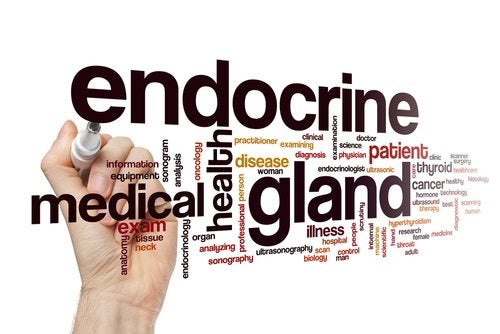 The endocrine system is a complex chemical laboratory that regulates many of the most important processes in the body. It works from glands that manufacture and process fundamental chemical elements: hormones. The endocrine system is one of the least known, but also one of the most essential in the body. The glands that it includes, as well as the hormones it releases, influence the functioning of practically all cells and, therefore, all organs of the body.

Not everyone knows that the endocrine system plays a fundamental role in such essential aspects as growth and development, the regulation of the state of mind, metabolism, the function of tissues, sexual function and reproductive processes.

What is the endocrine system?

The endocrine system is a structure made up of glands that produce hormones.  The latter are a kind of messengers that transmit instructions from one cell to another. That is why it is said that it is a system that influences practically all the cells of the body. Not all hormones are generated by the endocrine system, but those that encompass more cells are. The processes of this system are similar to those of the nervous system. The difference is that, while the latter uses electrical impulses at a distance, the endocrine uses substances (hormones), that is, chemical signals.

You could say that the endocrine system is a cellular communication network.  Therefore, an excessive number of hormones, as well as a reduction in their level, can cause various problems. These levels are affected by different factors such as stress, infections or imbalances of liquids and minerals in the blood.

Components of the endocrine system.

The glands that make up the endocrine system are the following:

The glands select and process materials that are in the blood. Then they secrete a finished chemical, which is hormones. Later, they release these hormones into the blood, so that they are transported to the cells to which a certain message is destined. During their journey, hormones find some specific proteins that bind to them. These act as transporters and regulate the level of the hormone. In turn, cells have receptors, which are only activated in the presence of a specific hormone. When the hormone reaches the target cell, a coupling occurs.

Hormones have different effects. The main ones are the following:

When the hormonal level is sufficient, mechanisms are activated to stop the secretion. This regulatory process is carried out by the same hormone or other substance present in the blood that is related to it.

How to calculate the fertile days

8 subtle signs that could tell you that you’re not in...

How to Prevent an Osteoporosis Fracture