Home How to How to know your state of health by the eyes? 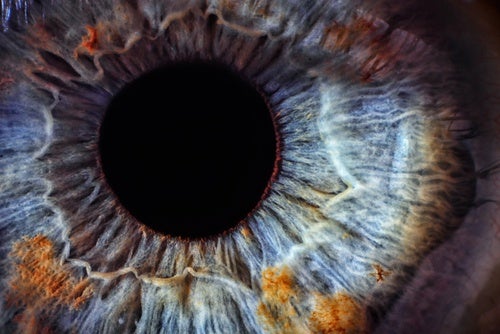 Although there is no conclusive scientific data in this regard, some specialists argue that the general condition of the eyes could indicate the existence of some problems in the body.

In the same way that reflexology maintains that our health is reflected in the feet, hands or face, specialists in the branch of natural medicine called iridology maintain that the eyes would also tell us how our organs function. In fact, they believe that they would be related to the liver, but also to other parts of the body. Proponents of iridology, iridology, or radiodiagnosis claim that specialists in this technique can obtain information about the general health of a patient by studying the iris of the eye. To do this, they use maps of the eye that would correspond to the different parts of the body.

Some ophthalmological clinics, such as the Pasteur Clinic in Chile, join this trend by ensuring that spots, pigmentation, coloration and other eye ailments could indicate other conditions in the body. However, there are no scientific studies with conclusive data in this regard.

Let’s see below what are the most common relationships that advocates of this branch of natural medicine find between the eyes and other parts of the body.

When the eyes have lost their natural shine

This would be a reflection of a congested liver and kidneys, where the blood would not flow properly. There would be an overload of toxins that would make it difficult for circulation and oxygen to arrive properly, so that the nutrients would not reach the cells well either.

Also, the blood that has to reach the top of the head, such as the eyes, would still need more energy to fight gravity. Therefore, they would be the first areas to suffer from this imbalance.

Many times, we wake up with dark circles. According to the color they would have a meaning, and it would be important to take them into account when we have that color permanently. The yellow color would indicate the liver and gallbladder. In this case, it would mean that these organs would be working beyond their means.

On the other hand, when the dark circles are dark, they would indicate that the kidneys, the bladder and the reproductive organs would be affected by some problem in the digestive system.

The pale or grayish color would also refer to the kidneys or lungs. In this case, some of these organs would not work properly due to improper lymphatic drainage. In other cases, it could refer to the hormonal system.

Bags of water under the eyes

The pockets of water under the eyes would indicate that the digestive and excretory organs would be congested. The body would not be able to properly expel toxic substances.

Sometimes these bags appear when we wake up, after having a late or excessive dinner, and can disappear in a few hours. When they become chronic, and instead of water they contain fat, it would be a more serious condition. Then, it would be convenient to do a check-up to rule out possible inflamed organs or the presence of a cyst.

White shadow on the pupil

When a white spot covers the pupil, it could indicate that there is mucus and other particles that have not been digested properly and are decomposing.

This signal would be very important because it would prevent the development of cataracts in the future, due to a poor functioning of the liver and digestive system. In some animals this whitish spot could also be observed and would have the same meaning.

The sclera (white part of the eyes), can be observed red in many people, being able to indicate circulatory and respiratory problems. These signs may come and go quickly, or stay for a long time.

Yellow spots on the sclera

We can also observe yellowish spots on the sclera. As we have said, the yellow color would indicate the liver and gallbladder, which would be accumulating gallstones.

The pupils adapt their size to light, but when we observe that they are larger than normal, regardless of the lighting, it could be due to stress or the presence of intestinal parasites.

Crow’s feet or wrinkles that appear on the sides of the eyes also indicate that the liver is weakened. If we started having them from an early age, it would be advisable to take care of this organ.

The information that we have indicated does not have scientific endorsement, therefore you must take them with a grain of salt. Consult your doctor at the slightest suspicion of suffering from any kind of condition.

Chronic worry: 3 health effects and how to deal with them

How to build muscle mass in your arms