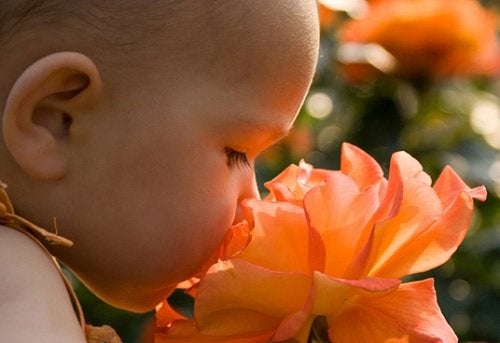 Although it can happen to us because of a cold, if we lose our sense of smell on some other occasion we should go to the doctor, since it can be indicative of more serious ailments.

Smell may not seem so important to you and you almost always forget it. Surely you did not know that this sense is like a detector of possible diseases. According to a study carried out in this regard, those people who do not detect certain odors have the risk of dying in the next 5 years. These scents are mint, orange, and rose.

It shouldn’t surprise you, as a good smell is synonymous with good health.

Read on and find out what else your sense of smell says.

Smell is associated with

Not being able to smell well could be an indication of the early stages of Alzheimer’s disease. After all, this condition affects the brain and begins to damage neurons.

In the first place, it  destroys those cells crucial to the sense of smell, which could herald the disease.

High levels of amyloid, a protein found in the brain, indicate when a person has Alzheimer’s.

Therefore, you should be aware when your smell is affected and it is not due to a cold or allergy.

This symptom could be considered good news, as the disease can be predicted. The first symptoms of Parkinson’s are loss of smell and the inability to recognize particular smells.

This decrease in olfactory capacity, either in part or in whole, is the result of chemical processes in the brain.

The main culprit is the decrease in dopamine-producing cells. Dopamine is the chemical produced by nerve cells that carries communication with the rest of the brain, specifically the area that controls movement.

While there is still a long way to go, this smell test can serve as a wake-up call to people with a family history of Parkinson’s.

If this is your case and you begin to notice that your sense of smell is altered in any way, it is time to see your doctor for an early diagnosis.

Some people may experience brief olfactory hallucinations in which they perceive strong aromas, such as fish.

This reveals that some odors, usually strong or unpleasant, can be an indication of a stroke or heart attack.

It is advisable to be alert if we perceive these smells, since the sense of smell could save your life if you go quickly to the doctor.

Smell significantly influences many of the activities of daily life:

The sense of smell is also linked to migraines. Noticing  non-existent odors, generally unpleasant, such as burned or decomposed, is also usually a symptom that precedes migraine.

At least a third of people with headaches experience an increase in their sensitivity to odors during a migraine attack.

This intolerance to odors is known as osmophobia and is characterized in that patients are able to detect odors at a great distance. Additionally, odor itself is a trigger for migraines, making scents the second most common factor in causing headaches.

The odors that are most frequently associated with migraine headaches are:

Something that few of us see is that practically all the sense of taste comes from smell, so if you cannot taste something, it is very likely that it is your smell that is affected.

If you can’t smell and taste your food the right way, you are more  likely to have to eat more to feel full.

Overeating makes you more prone to obesity, which is the biggest risk factor for type 2 diabetes. A high-fat diet negatively affects the sense of smell and reduces it.

Even if you lose weight, it is very difficult for you to fully regain your ability to recognize odors because you would have a significant decrease. The sweat glands are also affected, which causes bad body odor.

Smell can be altered by many conditions. Maybe you didn’t even imagine half of the things we’ve mentioned to you. This is because many of us overlook this important sense.

5 signs in the eyes that indicate health problems

How does the endocrine system work?

Know how your feet talk about your health

The Benefits of Beet Juice in Heart Failure Patients