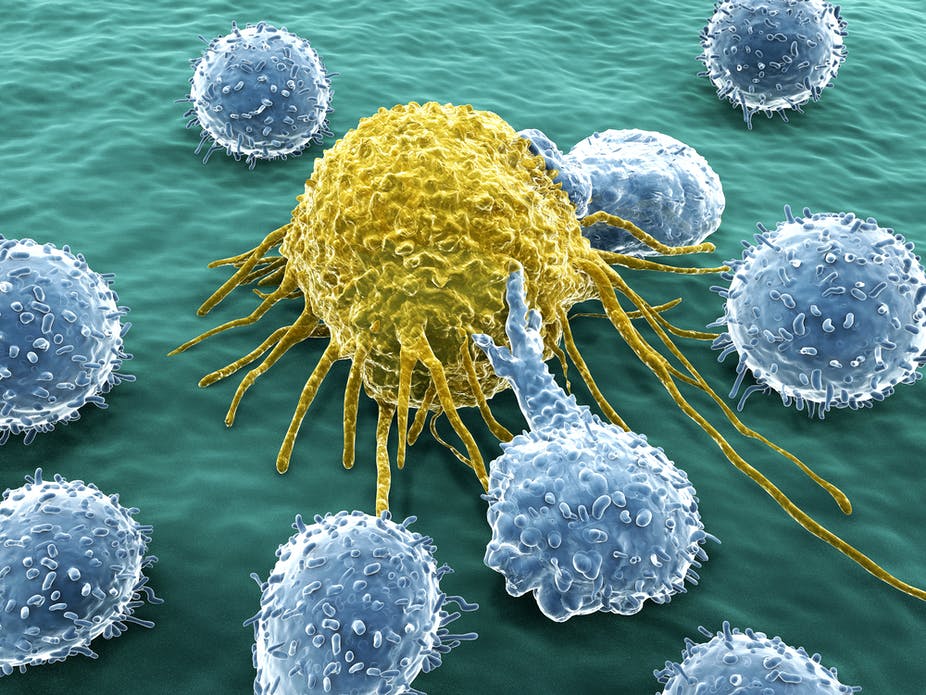 Knowing how the immune system treats viral infections is key to fighting them. In these times of the COVID-19 pandemic, research in this field has multiplied to shed light on immunological processes.

Knowing how the immune system treats viral infections is extremely important in the process of establishing antiviral therapy. Remember that viruses are not bacteria and, therefore, antibiotics have no effect on them.

Laboratories have made great strides in creating antivirals and antiretroviral to combat particles such as the hepatitis C virus or the human immunodeficiency virus, for example. Reductions in viral loads that stabilize patients have even been achieved.

However, there is a bigger problem in chronic viral infections, which is the overlap of diseases. Many people infected with viruses are superinfected by bacteria or fungi.  Such is the case with the current coronavirus, to which a bacterial pneumonia can be added.

In order to reveal the intimate mechanisms of the immune system’s fight against viral infections, some studies are carried out combining infections. This is the case with recent research from the University of Birmingham that was published in late February.

The study to learn how the immune system treats viral infections.

This article to which we refer was published in the journal PLOS Pathogens by authors associated with the University of Birmingham, the Pirbright Institute  and the University College of London. The research was led by Professor Robin May.

To conduct the study, the researchers analyzed virus-infected white blood cells, which were exposed to a particular fungus : Cryptococcus neoformans. It is an opportunistic fungus, that is, it is installed in people with a weakened immune system.

This comparison between what happened in a laboratory and what happens in real life is extremely important. Diseases such as the acquired immunodeficiency syndrome (AIDS) cause a depletion of the defenses that does not kill by itself, but by superinfection.

Opportunistic fungi take advantage of the host’s weak immune system to settle and reproduce. Ultimately, complications and even death occur from pneumonia or fungal sepsis, not from the initial virus.

What was discovered in this research?

The research assumed, before starting, that there are two processes by which the immune system treats viral and fungal infections. In the case of viruses, the white blood cells engulf the particles in a mechanism called phagocytosis.

Although for fungi there may be phagocytosis as the main method; sometimes the reverse happens, which is the expulsion of the infectious agent out of the white blood cell. This is called “vomiting”, and although it is not the most common, it was the axis of the discovery.

Observing under the microscope how the white blood cells dealt with two infections at the same time; it could be seen that vomiting was markedly accelerated by inserting a virus into the equation. This means that the white blood cells expelled the fungi faster from their interior if they had to fight against a virus.

The research team’s assumption is that the immune system speeds up a process to free up resources and be able to fight a second attacker. We do not know if that is more efficient or not; but it seems that there is a kind of internal intelligence that decides where to concentrate efforts in battle.

What is the utility of discovery?

The research sheds light on a controversial and dangerous issue for chronically immunosuppressed patients. If we know how the immune system treats viral infections, and specifically how it does it when it is an opportunist, we can better help AIDS patients, for example.

The intention of these research lines is to arrive at a treatment protocol for opportunistic infections that improves the survival of the immunosuppressed. As we said, death in these patients occurs due to an infectious agent. That inserts itself into a weakened body and is impossible to treat.

If, in addition to antifungals, antibacterial and antivirals, there were treatments that stimulate the immune system. We could improve the effectiveness of white blood cells. The issue is not minor, considering that the fungus used in this research. This is attributed to more than 200,000 deaths per year in the world.

In addition, it is valid to ask if this rapid expulsion of the fungus by the immune system is not releasing it to further damage the organs. What if that acceleration is, in reality, an inefficiency of the defense mechanism and not a natural intelligence? Further research will clarify.

For our daily life, altered by the coronavirus, it is essential to remember that there are not only viral infections. Although SARS-CoV-2 gets all the attention, bacterial pneumonia, influenza flu and fungal infections continue. A healthy immune system is our key to a life with fewer infections.

The voice in old age: 10 steps to keep it healthy

Chronic worry: 3 health effects and how to deal with them

How is greater hypertrophy achieved?